Attached to this posting is a photograph of the Comboni Missionary Romano Nardo with my family and myself. I came across it when my mother was sorting through her box of old pictures.

It was taken on a family day out to Llangollen Castle during Nardo’s stay with my family during the Easter of 1970. I am the child that is looking at the floor.

When I look back and think about Nardo’s visit that Easter, I recall – not that I gave it much thought at the time – that it created a difficult and uncomfortable atmosphere for my parents, especially my dad.

I had gone to Mirfield the previous September, as a lively, gregarious, playful, outdoor and mischievous child and returned home, with Nardo, during the Easter holidays of 1970, a subdued, unresponsive and – in my parents eyes – a completely different and unrecognizable son.

During the holiday I had little interest in my parents or my siblings. All I wanted was to spend time with Nardo; to the extent that I was awoken by him in the morning so that we could pray the morning breviary prayers together. The same took place in the evening for the evening prayers and vespers – we had to say them together. I found out later – through a statement that my eldest sister had given to lawyers – that my dad had found Nardo’s behaviour towards me both alarming and sinister.

On the occasion when I was sick and in bed, Nardo had asked if he could go upstairs and (for want of a better word) “comfort” me. It must have seemed a strange request. However, Nardo was a priest, what harm could it do. What harm indeed.

That very evening my mother’s chest must have swelled with pride as Nardo said mass – as he did everyday that he was with us – in our front lounge. My mum had a Comboni priest saying mass for her husband and her sons and daughters, here, right in her own house. A Comboni priest. A priest of the same order that she hoped and prayed her son would one day belong to.

Nardo did not only groom me for his own sexual gratification, he groomed and abused all my family through gaining their trust and using their hospitality as a means of sexually abusing me. 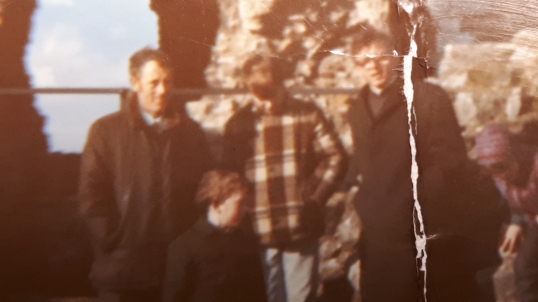 If you would like to share your thoughts, please feel free to send us an e-mail at mirfieldblog@gmail.com